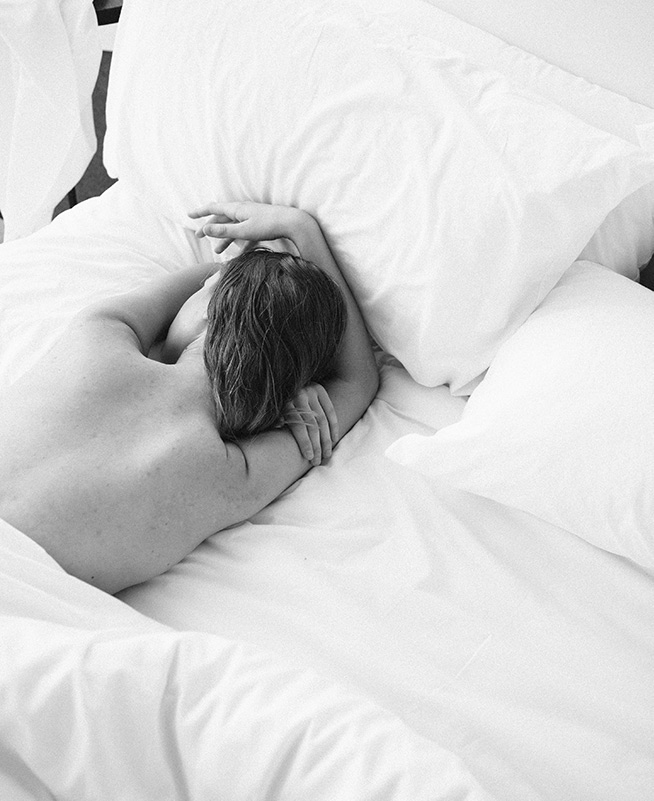 As a Korean adopted American girl raised by Jewish parents in the midwest, the Chinese postpartum practice of “sitting the month” also known as “confinement month” or zuò yuè zi was a foreign concept to me when I first learned about it from my Chinese American girlfriends. Many of them began getting pregnant a few years ago and discussing how they would practice this tradition, either with help from their mothers’/mother-in-laws or by hiring postpartum Chinese nannies. Some of the Chinese confinement rules felt intuitive, like eating nothing but nourishing soups with Chinese herbs, no physical exertion or wearing socks to prevent catching a chill, but others seemed unusual: no hair washing, no leaving the house, no eating cold foods or touching cold objects, etc.

But the more I learned about the tradition from friends and doulas (read my interview with doula and postpartum expert, Kimberly Johnson), the more it resonated with me. So, when my husband and I found out we were expecting, I knew right away I wanted to follow the postpartum tradition of confinement. My Taiwanese mother-in-law was thrilled of course.

What is the “confinement month”/ “sitting the month”?

The confinement month is a period of 26-30 days of extended rest for new mothers. Mothers and their babies are cared for by other women (family members or hired nannies trained in this practice), cooked specific meals with Chinese herbs, and are confined to their homes to rest while their bodies heal.

After a woman has a baby, Traditional Chinese Medicine views the woman’s body as being fragile and open; ligaments are loose and there is an open space in the center of the body where the baby used to be. If yin (cold) comes into the mother’s body during this period of recovery, it’s believed improper healing and future ailments can arise.  Women are therefore instructed to avoid yin during the confinement period postpartum while the body’s qi (energy force of yin/cold and yang/hot) come back into balance. This means no cold drinks, cold foods, touching cold objects, washing one’s hair or going outside.

New mothers must also avoid household chores, which is why family members or postpartum nannies stay with the mothers at their homes’ to do the cooking allowing mothers adequate rest.

*For more on the specific Chinese confinement rules read here.

The confinement month diet is the cornerstone of this practice as it is believed that eating nourishing foods is what will help the mother’s body heal and rebalance. Each week of confinement, the meals slightly change:

What this looks like in terms of the actual food varies depending on the Asian culture. For instance, my Korean girlfriends told me their postpartum period consisted of lots of seaweed soup. My Cantonese girlfriends ate lots of pig trotters and chicken. And my own practice, led by our Taiwanese postpartum nanny, will mean various soups made with liver, kidneys and chicken, no salt and no animal fat. (Our nanny told me she’s going to remove all of the fat and skin from the chicken meat and add zero salt to allow my body to detoxify easier.) Oh joy, salt-less, bland soups for four weeks. Yay.

Adapting the tradition for modern times

Whenever I’ve told people about this postpartum practice I’ve signed up for, their first question is always the same – are you really not going to wash your hair for one month? Um, no. We live in a modern world after all, and this is one practice that feels antiquated. For instance, we now have heaters and hair dryers, so hair washing doesn’t equate to wet hair and a cold body like it would have in olden times.

Bending the Chinese confinement rules a little to fit the modern world is common and even acceptable. My girlfriends who followed this practice definitely washed their hair, just not frequently, and even my mother-in-law was supportive of me washing my hair during my confinement month. But that doesn’t mean all the rules are seen as bendable. I’ve definitely been chastised already for adding spicy chili to my cooking and eating cold foods like ice cream while pregnant so lord knows I won’t be able to do either postpartum.

But I’m viewing this experience as an opportunity to soak up a practice that’s rich with wisdom and history, so I plan on respecting as many components of it as possible, even if I grumble a little at being confined to my house and fed bland organ meat soups for four weeks.

So stay tuned. I plan on documenting my confinement month experience week by week and writing about it on the blog and including images of my meals, recipes and a full recap.

*Pregnant? Read this interview with doula, Paula Mallis, from the archives on placenta encapsulation.

**Read here for my full recap of following the month of confinement!