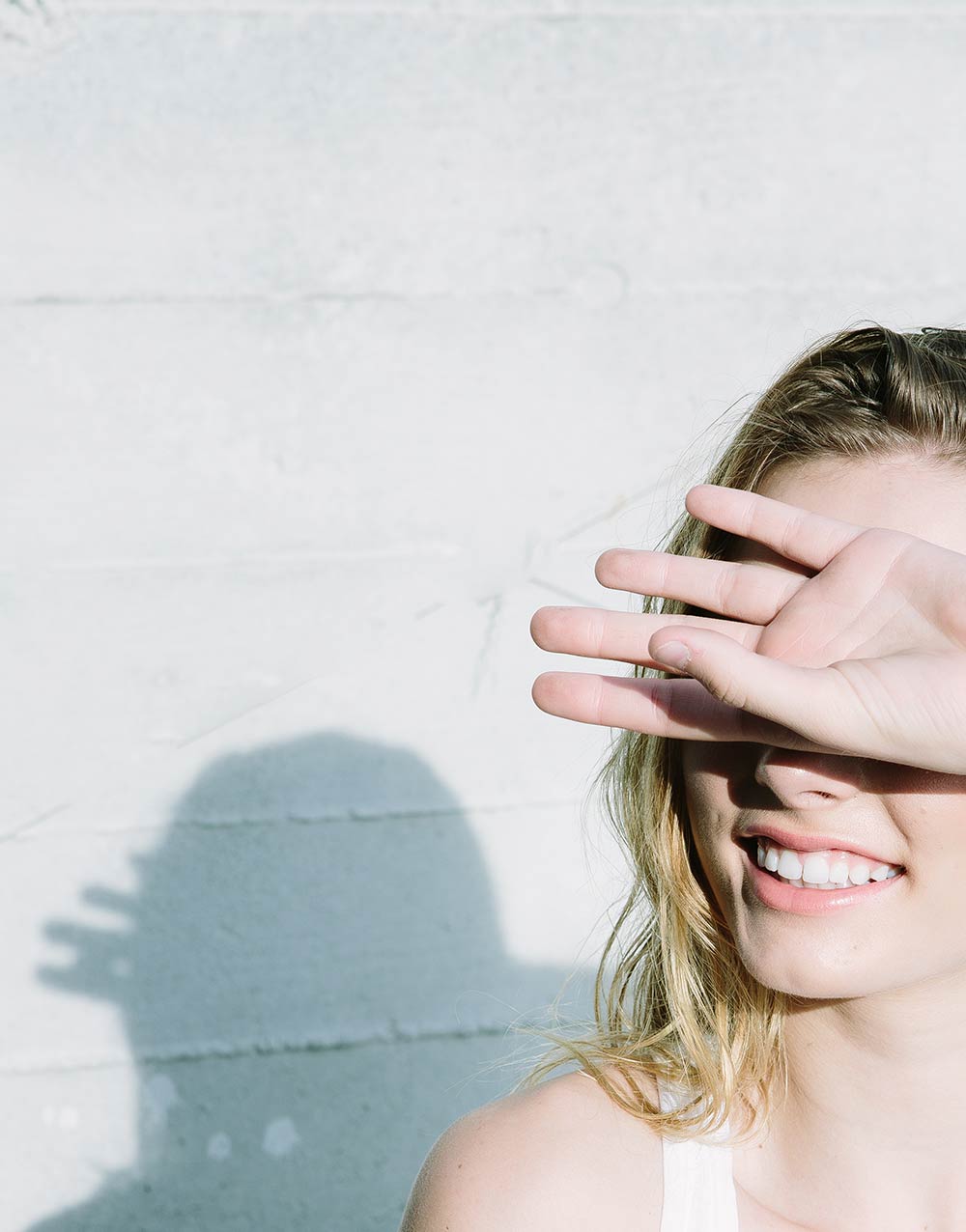 The new anti-aging at home LED light therapy devices are worth the money, if you can be consistent.

Imagine sitting under a red/infrared LED light for 10-20 minutes every day and having your wrinkles soften, fine lines disappear and inflammatory skin issues fade away. Sounds too good to be true, I’m sure, and is exactly why most people are highly skeptical of Light Emitting Diode (LED) light therapy. But the truth is, it isn’t too good to be true.

In the 90s, NASA first developed LED technology and found LEDs to be capable of stimulating adenosine triphosphate (ATP) synthesis (the cell’s fuel), increase blood flow, and activating stem cells allowing for increased tissue repair and healing. What first began as a tool for plant growth experiments on space soon led to experiments with human tissue repair. Fast forward to today, and LED light therapy is used in dermatologists’ offices and homes worldwide.

Red LED and infrared lights at nanometers (wavelengths) in the mid 600s and mid 800s, have been found to create a photochemical reaction in cells stimulating collagen, wound healing and tissue repair. As it relates to the skin, we’re talking a visible reduction in wrinkles, acne scars, hypertrophic scars, and healing of burns. Even UV damage was found to be reduced, as well as inflammatory skin disorders, like psoriasis, acne, rosacea and dermatitis (Seminars in Cutaneous Medicine and Surgery, June 2017).

While researching I came across this study published in the Journal of Photomedicine Laser Surgery in 2014, where a controlled, randomized trial of 136 volunteers between the ages of 27-79 were treated with red LED light therapy at a range of 611-650 nm (RLT group) and 570-850 nm (ELT group) twice a week for twenty minutes over the course of 30 treatments. The results are pretty insane. 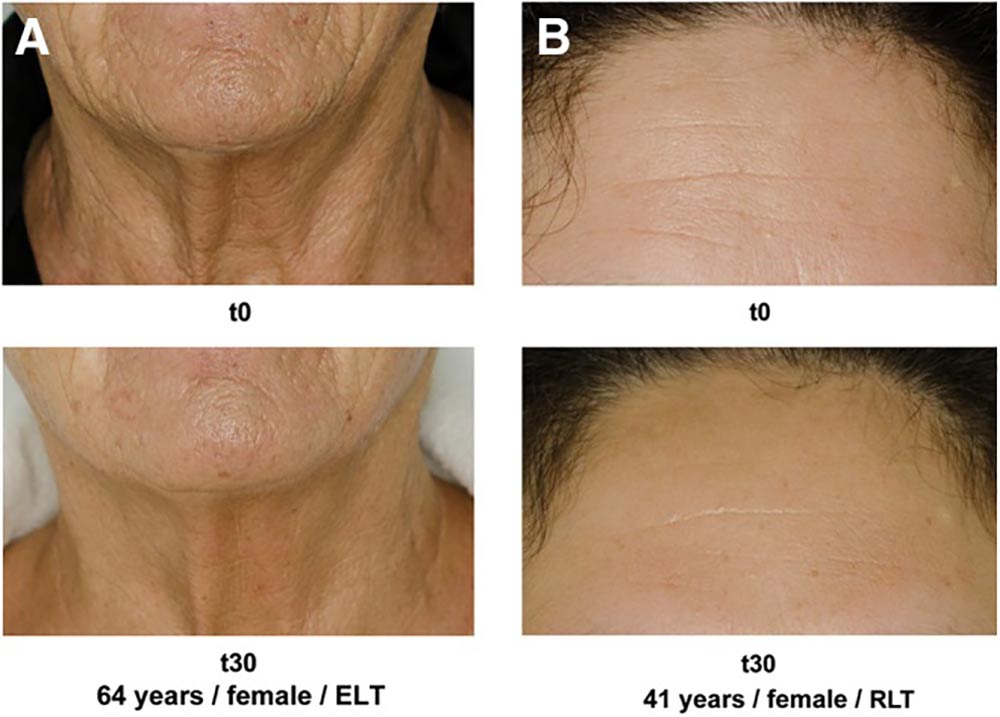 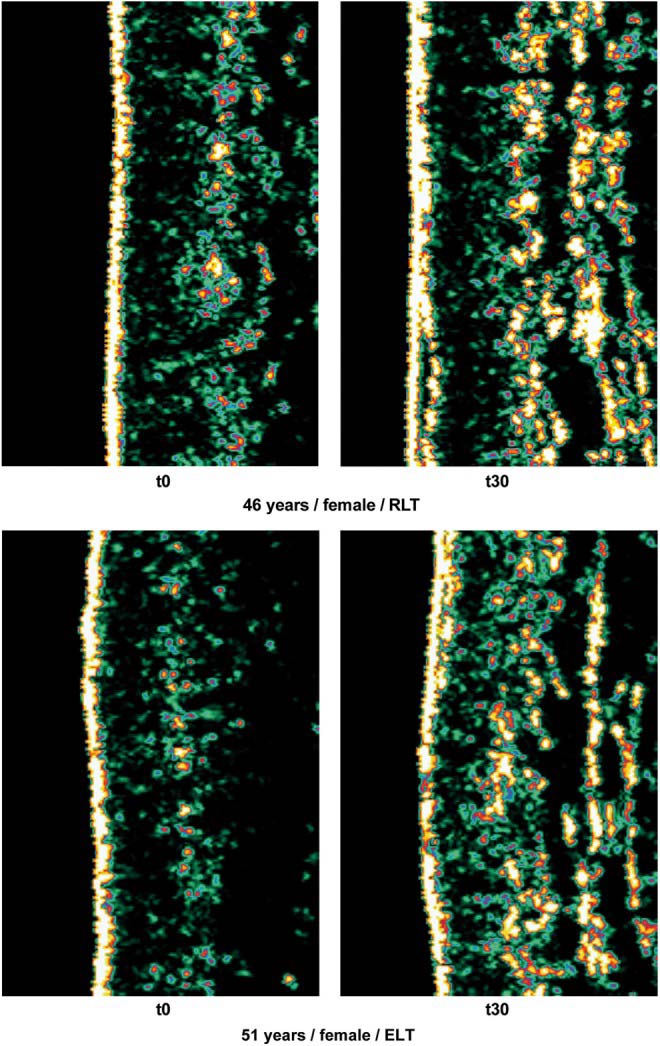 The first image is of the improvements in wrinkle reduction, skin laxity, tone and texture of two women who participated in the study.

The second image is a collagen ultrasound. The images on the left are before treatments began and the image on the right is after thirty treatments. You can tell there is much more collagen on the right.

Now, you’re probably thinking these findings refer only to in-office devices, but actually (and I was surprised to find this out, too), at-home devices on the market now are capable of professional grade results.

How to use it:

The recommended use of the SkinClinical device is three minutes per area, per day, but I definitely use it more. I use it in the morning when I first get up while I lay in bed and scroll through social media and my emails, and I use it again after my nighttime routine while laying in bed. The wireless model makes it so easy to charge and leave around the house for use whenever I have down time. Sometimes it hangs out at my desk and while I’m reading an article I’ll use it or watching tv. 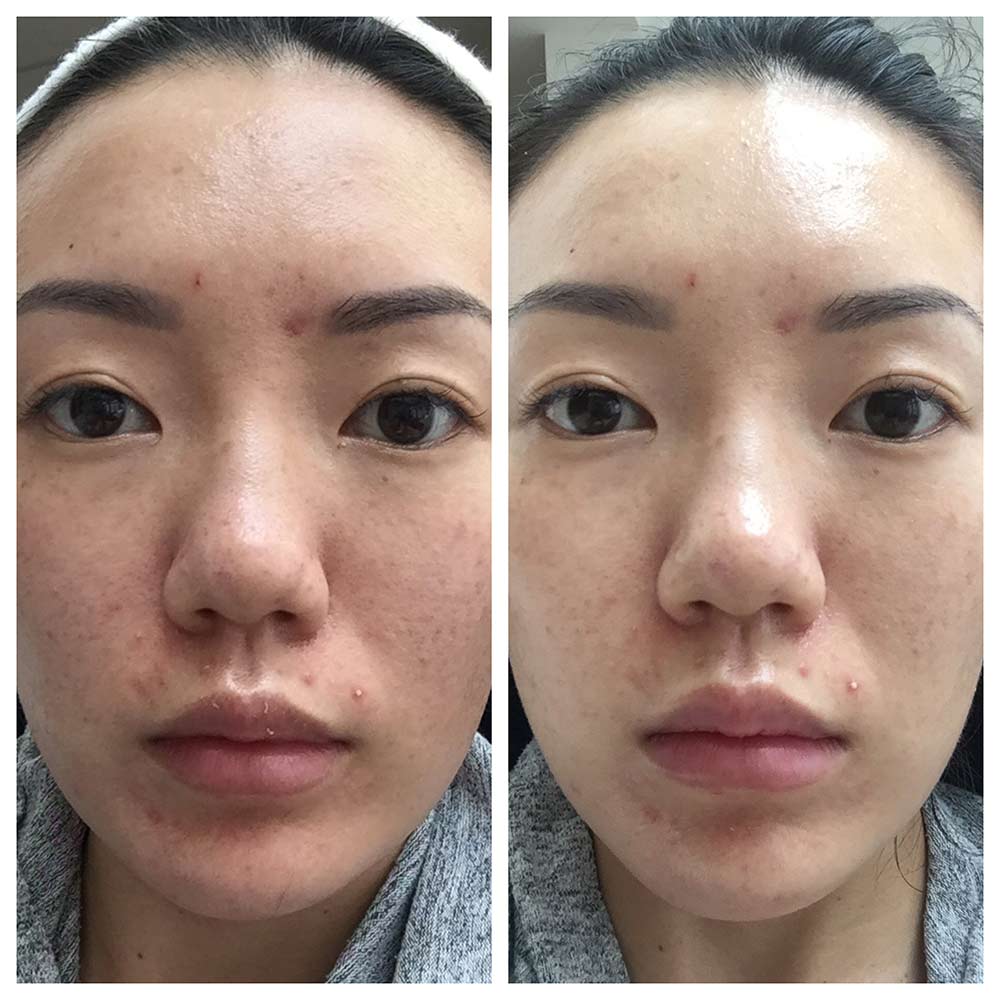 Here’s an image of me. On the left is right after using it and on the right is fifteen minutes later. As you can see, it greatly reduces redness, inflammation and evens out my tone, which is why I like to use it in the mornings.

Once fully charged, the SkinClinical battery operated device can last for multiple uses. I took it to wine country with me last weekend and packed the charger, but didn’t end up using it. The device lasted all three days without needing to be charged.

The bezel of the device is made of surgical stainless steel to prevent heating, but I do notice that it does get a little warm after prolonged use.

It’s only been a few weeks, but I have noticed improvements in my skin already, especially, around my mouth with my perioral dermatitis. One reason I like to use it in the mornings is that it seems to fade redness and any inflammation right away.

I have found that the SkinClinical LED device helps soothe my perioral dermatitis and I have noticed it speeds the wound healing of my red acne marks. But I guess that shouldn’t be a surprise since both red and infrared lights have a “major impact on many cells that cause inflammation” and work well to combat inflammatory skin disorders, like rosacea, explained Dr. David J. Goldenberg, MD, director of Skin Laser & Surgery Specialists of New York and New Jersey and a clinical professor of dermatology and director of laser research at Mount Sinai School of Medicine in New York, to Rosacea-Support.org.

This device has become a staple in my beauty routine and I highly recommend it, especially, if you are dealing with an inflammatory skin issue! But remember – the key to getting results is consistency – so, if you invest in this purchase, make sure to invest the time to use it.

The lovely people at SkinClinical were thrilled to hear about how much I love this device and have generously offered to extend BOND EN AVANT readers 25% off on this device with code BOND25.

*This item was a PR gift from SkinClinical.