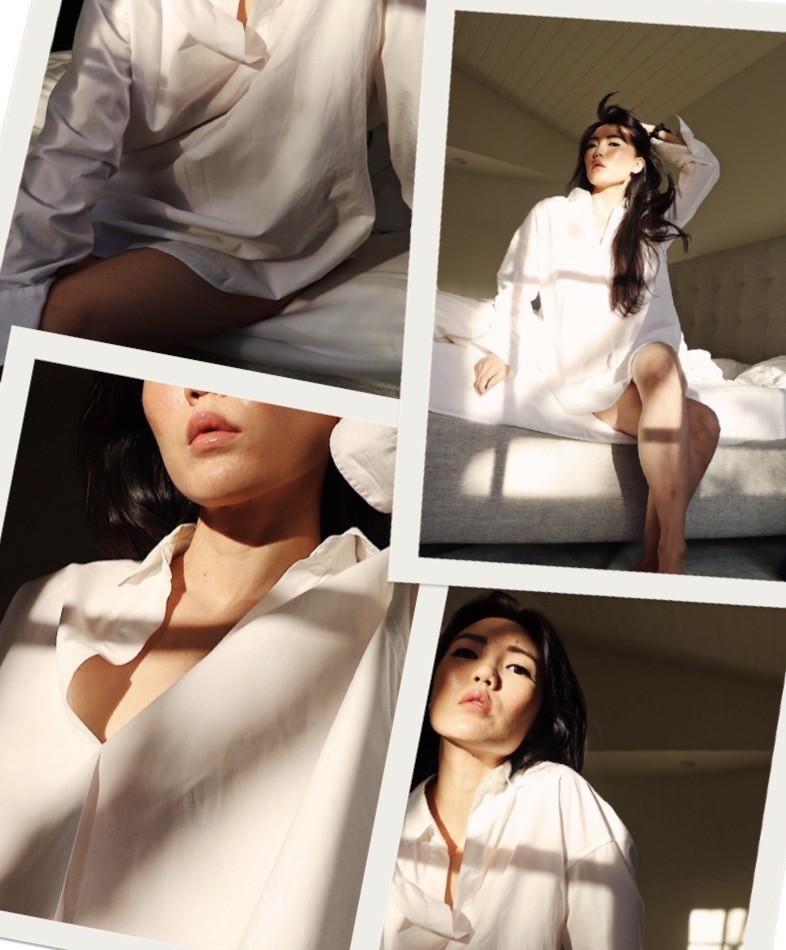 “It reeducates the muscles,” Valentina purred in her husky Russian accent as she pulled my cheek so high with a metal prong my chin started to tilt back towards her. She circled rhythmically along my lower cheek with the second prong. “This reeducation,” she continued, “teaches the muscles to lengthen (if contracted) or shorten (if sagging), and supports all of the secondary benefits seen from microcurrent.” Secondary benefits being: reduction in visible fine lines, lifting, improved firmness and tautness of skin.

For the longest time, I never gave my facial muscles much thought, or any thought really. Who thinks about them when considering anti-aging?! Skin, skin, skin was always where my head was at for years. Serums, masks, moisturizers — that’s where I spent my money chasing dreams of having my twenty-year-old skin again. (The skin I took for granted.)

But I think with the invention of botox, we’ve learned just how much the muscles below the skin can dramatically change how our skin looks for better or worse. If you’ve ever had botox injections, you know what I’m talking about. A few units placed between the eyebrows can smooth “eleven” lines. A few units injected into the muscles around the outer corners of the eyes can soften crows feet. And botox does this by temporally paralyzes muscles, restricting their movement and thus, preventing skin from creasing and creating the appearance of fine lines almost instantly.

Botox was once deemed a miracle anti-aging treatment. It’s instant effects allowed it to dominate the conversation in the beauty world for years, but people are starting to now ask the natural next question — what happens if we do more than just temporarily paralyze facial muscles, what happens if we retrain our muscles to be elongated (if they’ve shortened) or tighten them (if they’re starting to sag)?

I think more people are starting to think about the health of their bodies, their facial muscles, how it all works together and are looking for less invasive treatments to support the body and achieve anti-aging results. I know, I personally am, especially after almost ruining my face with botox.

So when Valentina Belova reached out and invited me into her microcurrent spa to experience her 8-week microcurrent series package and review it here on my channels, I was thrilled!

Read on below for my review, the cost, before/after pics and some helpful info on microcurrent.

But first, the basics….

How does microcurrent work?

Muscle stimulation is the biggest benefit. Microcurrent was first developed by a physician who was using it on his Bell’s Palsy patients. (Bell’s Palsy is a temporary weakness or facial paralysis of one side of the face thought to be caused by either a viral infection or inflammation of the facial nerves MayoClinic.) He saw improvements in their facial muscles, as well as in their skin.

There is quite a bit of debate about the effectiveness of at-home treatments, but from my personal experience now having had in-office treatments AND using at-home devices, I personally, feel like there is a place for both. At-home devices can be a great way to support what you have done in-spa, just in the same way a detoxing mud mask can help decongest pores, but it’s not a complete replacement for going into the spa and having extractions done.

What I did: 8 microcurrent sessions done once a week over eight weeks

My review: First off, I have to acknowledge the wonder and skill of Valentina! She in it of herself is worth going to see regardless of microcurrent. Her touch is AH-MAZING. I’ve had a lot of facials in my time, and she has the deft hands of a goddess.

Her treatments are a little unique compared to other microcurrent facialists because she combines microcurrent with fascia release massage techniques.

Microcurrent is a slow build, so the results take time since it’s about retraining the muscles, improving microcirculation, lymphatic drainage and stimulating the production of collagen and elastin — all things that can improve the skin slowly.

What I saw after each treatment was a dramatic amount of brightness, clarity and reduction in redness 36-hours after the treatment. I don’t know why it took my body so long to flush out my skin, but for me it took a little longer. Valentina told me that most of her clients saw within 24hrs a huge improvement. Mine was a tad delayed.

Over the course of the 8 sessions, looking back at photos, that brightness and clarity to the skin just kept improving and improving.

Redness is one of the biggest issues I have and what I saw at the end of my treatments was a huge improvement and lessoning of the amount of redness in my skin.

As for the tightening that microcurrent is famous for, I can see a little bit of tightening along my jawline in the below before and after pictures, but it is very slight. Valentina told me from the beginning that because I don’t have deep lines, I wouldn’t really notice a drastic improvement in tightening. But if you look at my jaw directly below my ear, you can see where my skin isn’t indented/sagging anymore. It’s just straight and smooth.

One interesting thing to note is that microcurrent also had a dramatic effect on my acne breakouts. There were one or two weeks during the 8-weeks I saw her that my skin was breaking out. I went into her spa with two pimples and she used a special electrical current to “drain” the pimple. I could feel her working it, lifting it, massaging it with the electrical nodes and amazingly the next day, these deep pimples that would have taken weeks to heal, came to a whitehead the next day and the following day were completely gone. What the… is all I could say in astonishment.

Overall, the past 8-weeks seeing Valentina have been so wonderful. I walk out of her treatment room each session with my heart and spirit on a high and my skin brighter and clearer than ever before.

If you can get the opportunity to get her hands on your face, do it!

***If you want to see what a session looks like, go watch my Youtube video that takes you inside a microcurrent facial with Valentina! 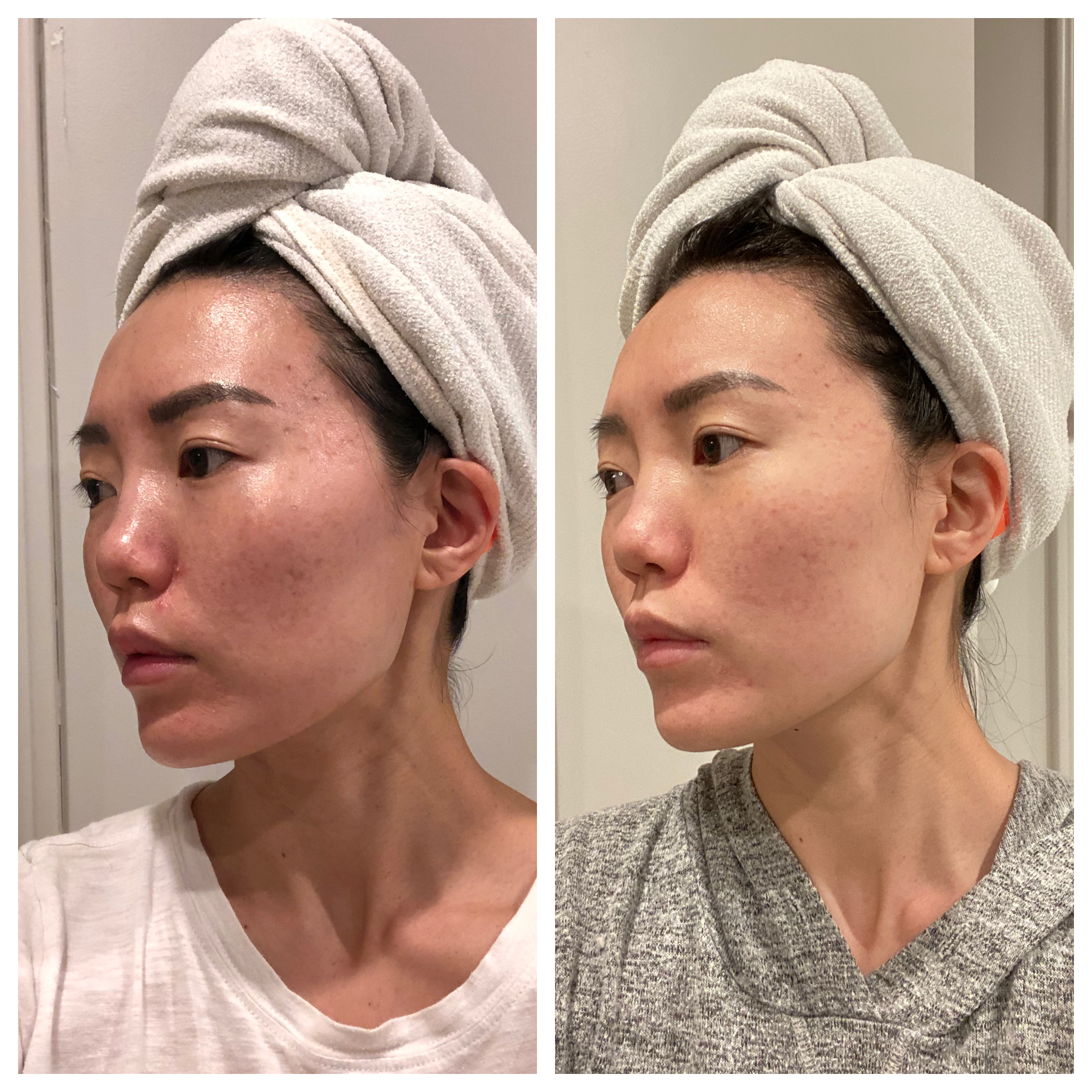 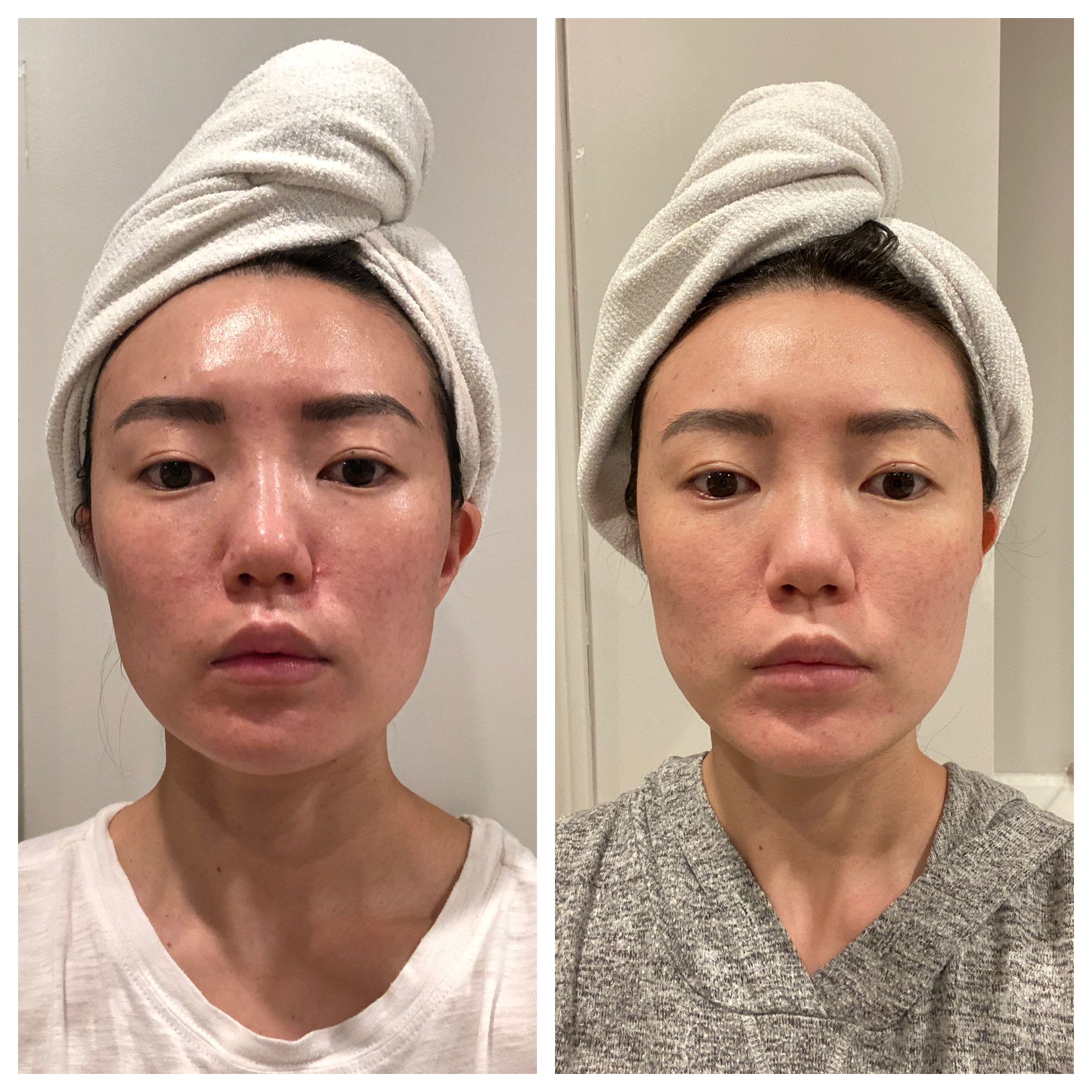 Tips: Don’t be afraid of pressure – let Valentina work her magic! And don’t apply any makeup to the skin for 36hours after the treatment. I noticed my skin seemed to do better when I did this.

Also, be consistent!!! Microcurrent requires dedication, just like applying a good face cream or getting facials, for the best results you need to do it regularly.