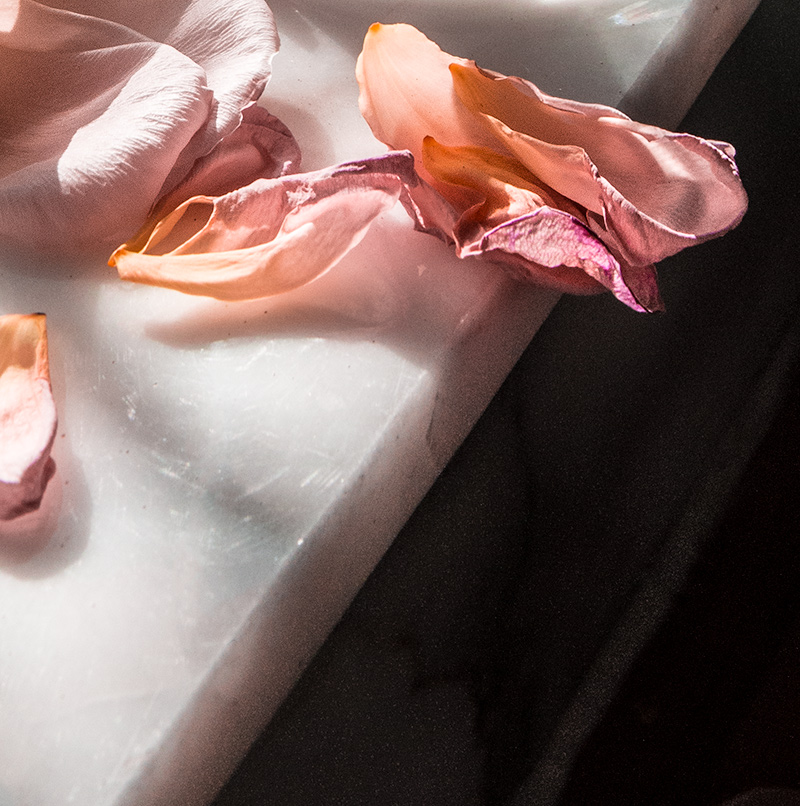 I’m so happy to announce that – I’m pregnant!

This simple yet life changing statement is one I’ve been hoping for, waiting for, wishing to be able to say for the past few years. Getting here wasn’t easy. The emotional rollercoaster of trying to conceive took me for turns I felt ill prepared for. My self certainty wavered time and again. And there were moments I felt resigned to living a life without children, even embracing the idea that maybe I didn’t want them or wasn’t meant to be a mother. Such empty consolation thoughts momentarily helped me bear the emotional difficulties I was experiencing at the time but I see now, as my baby grows inside me and I feel the swelling joy of becoming a mother, they were never real truths.

Since announcing our pregnancy on Instagram and sharing a bit about the struggles we faced, many women have shared with me their own stories of fertility issues. Hearing their stories  made me feel like I wasn’t alone, but I almost wish I would have known their similar struggles while I was struggling, not after. So, I’ve decided to share here our pregnancy story for other women out there who may be going through this right now.

After getting married on New Year’s Eve of 2015, I decided to go off birth control. I always knew I wanted a family and my husband and I were together for almost six years before tying the knot. We had had our alone time as a couple and felt ready for the next step. It was a little scary getting off birth control mainly because I was worried about my skin! (Yes, I’m vain.) I’ve been on birth control for almost a decade and the constant reliable source of hormones was keeping the nightmarish acne of my early twenties at bay – or so I thought. I waited for a skin explosion to happen when I went cold turkey, but luckily nothing of the sort did. Aside from six months of an irregular period, I skated through getting off birth control without pimples!

For the next six months as we began trying to get pregnant, it was a flurry of charting cycles: temperature taking, CM (cervical mucus) tracking, ovulation predictor sticks and timing sex. When I do something, I like to really do it. The first month felt exciting and anticipatory. The second slightly anxious, but hopeful. The third just anxious. And by the time the fourth, fifth and then sixth came and went, I had let the rise and fall of expectations nearly crush me.

Sex began to feel obligatory, timed and saved for the “perfect” moment. Romance seeped out of the act of love making like helium does with day old party balloons shriveling in a forgotten corner. Pretty soon we both lost interest in trying. Exhausted, I decided it was time to pack away the strips, delete the charting apps, and follow the advice of other moms in our social circle and relax – easier said than done.

A very non relaxing year passed, but I was not going to give up. I decided to search out an acupuncturist after hearing stories from friends of friends who had instantly gotten pregnant after years of barrenness from turning to alternative medicine. I decided to give it a go.

Weekly acupuncture sessions commenced: my ovaries were poked with needles, said needles were hooked up to vibrating electrodes, and I began taking daily a mixture of herbs that tasted like burnt day-old coffee grounds. Again, the rise and fall of hope and despair accompanied this routine, and by the time three months had passed, I had doled out a couple thousand dollars to my naturopath and become increasingly skeptical of her motives when she suggested we increase our sessions to twice a week. Um, no.

We parted ways and in despair I began telling myself maybe I didn’t want children, maybe life would be easier without them. After all if we opted to live a life without children, we could freely travel the world, maybe adopt more dogs, and have financial freedoms our child bearing friends did not. That wouldn’t be so bad, would it? I threw out this idea of living sans bébé to my husband and was met with hurt and equal frustration. He vehemently refused to engage in the conversation. He said we had to have children, that he wanted a family and was shocked, hurt and confused to hear my one eighty. Wasn’t it I who had pressed so hard for us to begin trying after we got married, he inquired. I dropped the conversation.

Another year went by of fruitless trying, and I finally decided it was time for us to engage western medicine. Dread and fear of the unknown hung over me. I had avoided talking to my OBGYN about fertility issues for the past two years for fear that there was something truly wrong. But I decided it was time to know for better or worse.

The first round of fertility testing went well; his sperm count, shape and movement looked really good and my hormone levels appeared normal. But my OBGYN wanted to dig a little further since it was taking so long for us to get pregnant. She ordered thyroid testing (low TSH levels can affect fertility) and a pelvic ultrasound to look at my ovaries and uterus.

The first test, of my thyroid, came back relatively normal. A “normal” TSH range is 0.5 – 4.0. My TSH level came back at 2.5. This didn’t raise any red flags to me nor had it over the past few years when my primary care physician tested me and these results came back in this range, but my OBGYN expressed concern. She said the ideal range to conceive and carry a child to term was a TSH level of 1-2. She suggested I start taking a low does of synthetic thyroid medication – levothyroxin. (Interesting to note: I was having hair thinning issues the past couple of years while we were trying to get pregnant, most of which drastically improved after I started taking thyroid medication. More on my hair thinning woes here.)

Now the second test, the ultrasound of my ovaries and uterus, showed a more precarious situation; one I was dreading. While we were looking at my ovaries, my OBGYN explained to me that a woman my age, roughly early 30s, has ovaries that look like chocolate chip cookies with each chocolate chip representing a follicle with eggs. A healthy woman my age able to easily conceive will have around 12-14 “chocolate chips” on each cookie. She explained slowly that my ovaries didn’t have small chocolate chips, but rather had huge Hershey kisses. And that there were 20-22 on each ovary.

Very Americán of me, my first thought was – oh, this must be good since there are more and they’re bigger. I was wrong. She explained that it appeared my brain was trying to tell my ovaries to ovulate causing my “chocolate chips” to swell each month into Hershey’s kisses in anticipation of bursting and releasing an egg, but they were not bursting. No eggs were being released.

I felt my heart sink when I heard this, but sensing my concern she quickly explained this could be corrected relatively easily with a medication called clamphene citrate or Clomid for short. The Clomid would stimulate the follicles to rupture and release an egg.

My first thought, yay! My second thought – wait, how do we prevent ALL of the huge Hershey’s kisses from exploding and me getting pregnant with sextuplets?! A low dose was a way to control this she explained, but I needed to be aware that twins would be more likely with this treatment.

Okay, this seemed like a simple enough fix, but unfortunately we weren’t done there. She moved the ultrasound wand over to my uterus and was concerned to see my uterus pushed all the way over to the right side of my pelvic cavity.

Typically, the uterus floats in the center of a woman’s body she explained, but if there is scar tissue from endometriosis, it can encapsulate and move the uterus to a different position in the pelvic cavity. And if that’s the case, there could also be scar tissue blocking my fallopian tubes, meaning if eggs are being released, they may not be able to make their way down to my uterus for implantation.

The rush of information startled me, but I felt relieved to know and scared all at the same time. My OBGYN explained to me the next step would be to have x-rays done to first determine if my fallopian tubes were blocked or not. If they were indeed blocked, then we would need to remove them and go straight to IVF. If they weren’t, then the next step would be starting on Clomid for three rounds (she said typically you don’t want to do it for more than three cycles). If that didn’t work, then it was onto IUD and IVF.

I left her office feeling empowered. It’s amazing how knowledge can do that. Even though I had been avoiding getting these tests done for almost two years, the results gave me solace. We knew what the issues were and there was a plan in place.

The next few weeks I underwent more blood tests and x-rays. And breathed a sign of relief when my OBGYN read my X-ray results to me that my fallopian tubes were not blocked. She suggested we start hormone therapy the following month upon my return from my two week trip with my family. I agreed and it was almost like the weight of the past few years was lifted. The anxiety of the unknown was gone and a plan was in place. I felt good, really good.

We left for our two week trip to Europe in August and for the first time I was unburdened. I didn’t think about getting pregnant at all. I set everything aside knowing upon our return I could think about it then once hormone treatment started. For two whole weeks, I laughed with my family, ate Russian food, explored Tallin, Norway and Denmark and forgot about trying to get pregnant. My husband and I resumed intimacy, but for connection, love and tenderness, not conception. And funny enough, once we returned from our trip, I went to see my OBGYN and found out I was pregnant!

As cliche as it sounds, all it took was for me to not think about it and relax for it to happen…

I’m now five months pregnant as I write this with a baby girl due May 2018! Being pregnant so far has been such a wonderful blessing and each day I’m so thankful to be experiencing this joy. So far this experience has taught me to slow down, listen to my body and give it what it wants. There’s no forcing the body to do anything it doesn’t want to when it doesn’t feel ready.

Thanks for letting me share my pregnancy story with you! And to all the to-be moms out there trying, don’t give up, enjoy the process and everything will happen when the timing is right.